Hi, we have two libraries with the same structure and we are encountering some errors in our form on one library but not on the other. Both the forms are exactly the same and have been copied from one library to the other. 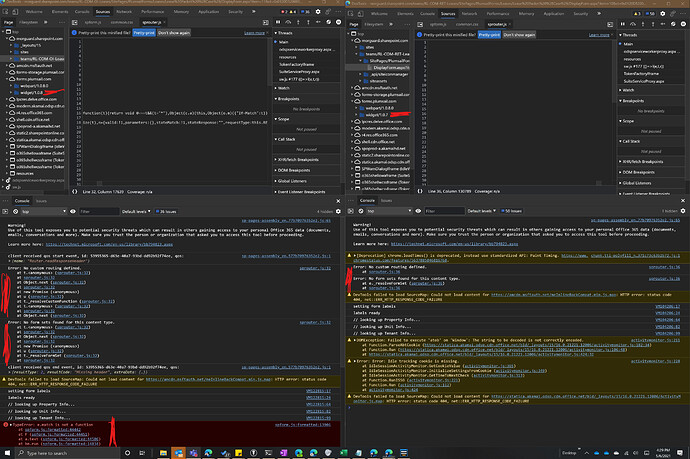 In the image below the right side is the correct and on the left is incorrect (I've removed some of the information just incase). Some examples:

Could these problems be caused by the newer widget version? Everything else in the library is identical.

Have you designed both lists from scratch or created from the template?

Do you have any custom code on the form?

Both libraries were created from scratch.

I am using version 1.8.3 of the form designer

I've consulted with developers. Starting with 1.0.8 version of the app package, the headers are stylied similar to SharePoint's ones - bolded. You can change the styling with CSS.

Regarding the date format, I couldn't reproduce the issue on my form.
To what content type those fields are related?
How the date format is present in SharePoint list view?
Please try to create a new list/library from scratch and check how the date is formatted on the display form.