How to make the REQUESTER field someone other than who the email comes from?

We're trying to direct support communication away from our individual emails and instead to an email that creates a ticket in Plumsail HelpDesk. The issue I'm having is that when someone sends me an email and I forward it to our HelpDesk, it makes me the REQUESTER and I have to go update that every time. Is there a way to write a trigger or something that makes the requester a field other than the sender of the email if the trigger exists?

Hello, Lauren. Could you specify what version of HelpDesk you use: for SPO or for SP on-premises? If the former, then you could specify the wished requester's e-mail in subject of a message and process the newly created ticket with a flow in Power Automate. HelpDesk has own connector that allows manipulating with tickets. Please let me know whether it suits you or you need help with configuration of the flow.

I'm not sure which one we are using- how would I tell the difference?

We use SPO! I would like some assistance creating the flow! 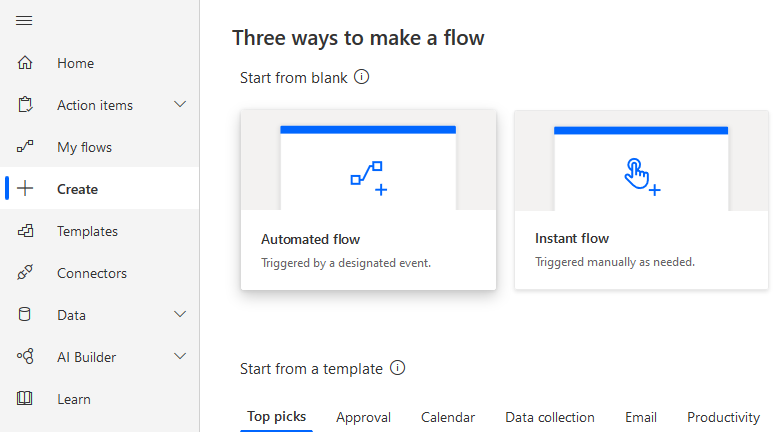 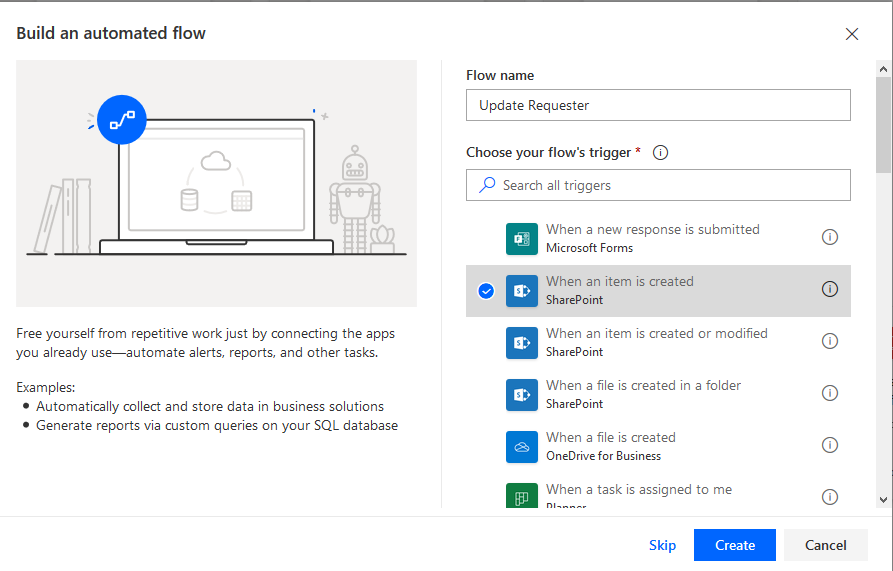 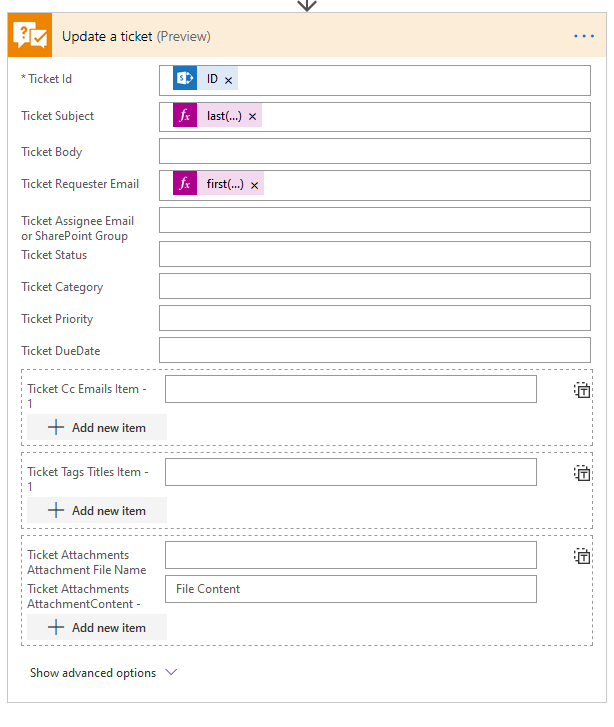 Thus, the flow will check each newly created ticket and perform actions to replace requester and title if a key combination of characters is used in a subject of a forwarded message. The same combination is used as a separator.